VTC produces two control systems, each of which is fully configurable to customer requirements. Both systems offer full electrical inertia simulation. Both operate under the Windows operating system.

The VTC Dyno Control Centre uses a PC based control engine, The I/O can be handled by a mixture of internal and distributed I/O systems to meet the individual requirements.

The configuration offers options for:

The VTC Brake Dynamometer uses a PLC based control engine with an interface to distributed IO modules.

In addition to the main control engine, the Brake Dynamometer software suite includes the following components:

An example of the VTC Brake Dynamometer system is shown in the hardware and software schematic diagrams. 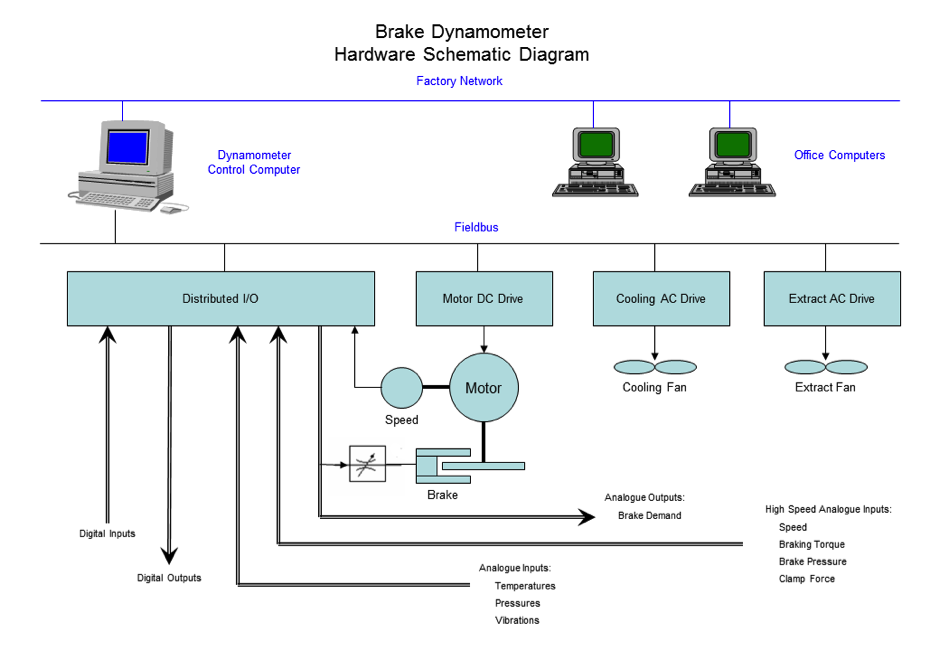